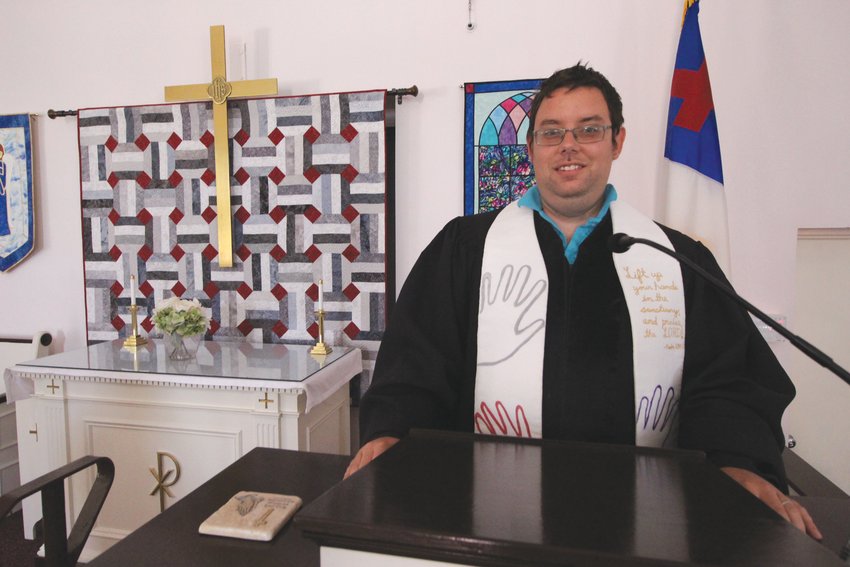 Mayor-Elect Frank Picozzi has announced the completion of his transition by making the following appointments:

Mayor-Elect Frank Picozzi has announced the completion of his transition by making the following appointments:

Mayor-elect Picozzi will be appointing Brad Conner as Police Chief. He will begin serving in mid-January. Rick Rathbun, the current Chief,  will retire effective January 4th.  Deputy Chief Mark Ullucci will be the interim Chief until Conner takes over. Brad Conner formerly served the department as Deputy Chief. “Chief Rathbun served the department with honor and distinction and I thank him for his service to the community and wish him well in his retirements and future endeavors, “ said Picozzi.

Eric Earls will be appointed as Director of the Department of Public Works and will also serve as the City Engineer. Earls has a bachelor’s degree in Civil and Environmental Engineering for Worcester Polytechnic Institute. He has 12 years of experience in the public sector working as an engineer in Newport and Warwick. He most recently served as DPW Director in the city of Pawtucket. “Due to a large number of layoffs and a complete lack of effort to replace old and failing equipment, the The Public Works Department has been struggling mightily-and in some aspects failing- to provide the residents with the level of service to which they are both entitled, deserve and are used to. I have every confidence that Eric will work with me to come up with a plan to restore our DPW to not only what it once was, but better than ever.” Picozzi said.

Beverly Wiley will be appointed as Director of Parks and Recreation. Wiley is a Warwick native and a graduate of URI and Northfield University. She served as Commissioner of USA Softball of RI for 29 years and has leadership roles in many organizations. She formerly served as summer Recreation Director in Foster. She’ll be leaving her current position as Compliance Officer in the Athletic Department at CCRI. “Back in the 90s when I was president of Apponaug Girls Softball Bev was the state commissioner. She ran the state program with efficiency and dedication and she gained my respect then and that respect lasts to this day. She has an extensive background in researching, writing, and securing recreation grants. Bev was the clear choice to help me attain my vision of what our recreation facilities in the city should be, “ said Picozzi.

Bruce Kaiser will be appointed Director of the Planning Department. Bruce has a BA in Political Science for Boston University and a Masters Degree in public administration for the University of Virginia. Kaiser has held positions in government such as Director of Administration/Assistant Town Manager in South Kingston, Town Administrator in Jamestown, and Director of Administration in Warwick. “Bruce has a vast knowledge of how municipal governments run. I’m very pleased to have a man of his experience to turn, as I move this city forward, “ said Picozzi.

Can someone please tell the new mayor how is new police chief spells his name?

Easy mistake to make. But anyway, this was put out by Liz Tufts, the new mayor's new media Coordinator. (Another crucial position filled!)

Interesting turn of events. I guess all of the Dark Arts and black magic backfired.

Mr Bone, what is "Dark Arts and black magic" in this situation? Not everybody knows all the inside baseball here?

thought so. Sometimes it seems that RI is about the most negative place. and that leads to poor performance which in turn seems to justify the negativity.

Frank Picozzi should have all our support, well, any mayor really since how well they do is how well we do.

Look at these negative comments above, Lets try to be positive until there's a reason not to. Maybe there is stuff I dont know about but it seemed like Solomon wasnt a bad mayor.

But this is a fresh start, and we should want the best. Frank has big picture ideas and brought in people experienced with Warwick in order to get them done. As I said above, lets be hopeful and support them because that supports us all.

It’s pretty disappointing to hear the story that the new mayor never even had a conversation with Colonel Rathbun. Not one word.

Supposedly the chief of staff called the police chief on New Years Eve and told him he was done.

I also heard the new mayor hasn’t had any conversations with any of the cities union officials despite repeated attempts.

Strange way to start out....